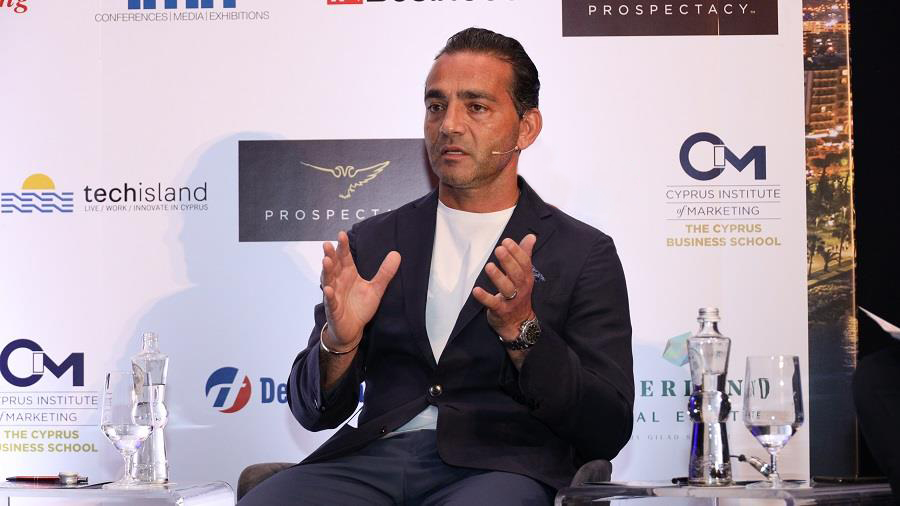 Solution in two pillars to stop the high rents

The 2nd Limassol Business and Investment Summit took place at the Park Hotel Lane Luxury Resort in Limassol at the beginning of June. The Founder and Director of Imperio and Vice President of the Pancyprian Association of Land Development Professionals, Yiannis Misirlis, analysed the current trends in the real estate sector. He also noted that the pandemic period and recent developments regarding the War in Ukraine have stimulated demand for more affordable real estate, while at the same time, the interest in high-end residential real estate remains stable. “The arrival of many foreigners – professionals and non-professionals – in Limassol, combined with the improved local purchasing power of the locals and the attractive, due to low interest rates, financing programs offered by local banking institutions, have created a significant demand for real estate aimed at average buyer”, Mr. Misirlis notably stated.

A change of pace for the real estate sector in Limassol. The increased demand of the local market for residential development lately, is slowly turning the interest of land development entrepreneurs towards the construction of more affordable real estate, largely setting aside the creation of high-end developments.

Commenting on the fact that Cyprus’ real estate in previous years had focused exclusively on the creation of luxury real estate, Mr. Misirlis explained that in the period following the deposit haircut in 2013, many potential buyers were forced to revise their plans and turn into tenants. The demand of the locals for the purchase of real estate had, then, sharply decreased, thus turning the interest of land development companies to foreign markets. This development, added Mr. Misirlis, left the local market unexploited. “We have left behind a big gap, to which little by little some companies in the sector have lately turned their interest again”, stressed Mr. Misirlis. He added, “Imperio is one of the first companies to refocus on this part of the market, hence in July the first phase of our residential development Sunset Gardens in western Limassol is delivered, a gated community with more than 300 apartments addressed to this buyer category”.

The Director of Imperio also referred to the rental market, confirming that at this time the rent is at the highest levels in recent years. As he explained, rents in Cyprus were already high, due to the reduced supply of suitable real estate. However, he added, the phenomenon has intensified recently due to the relocation of many foreigners (Ukrainians, Russians due to the war) to Cyprus, especially in Limassol, and on the other hand the preference of many Millennials, who are the youngest group of tenants, to remain for a much longer period of time as renters.

Conveying his position regarding the appropriate way to stop the phenomenon, Mr. Misirlis opposed the suggestion of some groups to set rent controls since, as he stressed, such a thing would create two-speed properties, while putting a tombstone in any plans of owners for renovations and improvement works.

The Director of Imperio expressed the view that in order to solve the problem, the state should give the appropriate incentives, which will encourage the private sector (private investors) to invest in more real estate, for which there is a strong demand, such as apartments, with the commitment that they will be available for rent for a specific period of time, e.g. 10 years. Similar tax breaks are offered in many European countries.

At the same time, with the aim of reducing the demand for rents, Mr. Misirlis suggests the introduction of Help-to-Buy plans, in order to encourage tenants to buy their own property. “The goal should be to give tenants the opportunity to buy their own property. Such projects are working successfully in several European countries, such as Germany, and it would be, I think, a good idea to study these examples in order to create our own project, in order to help in this way to stop the upward trend in the course of the rents”, concluded Mr. Misirlis.