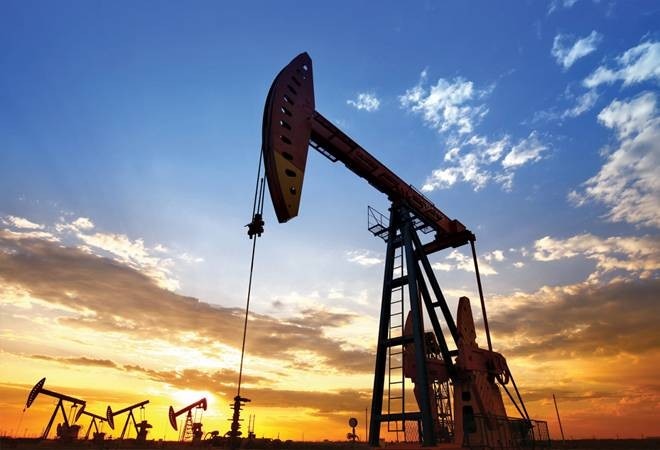 What the F**K is happening to oil? Negative $40 oil reflects panic

(Reuters) – Traders desperate to avoid owning oil fled the markets on Monday, sending crude futures into negative territory for the first time ever, in recognition that the coronavirus pandemic has sapped demand for fuel and there is not enough storage for the massive glut of oil present on U.S. soil. 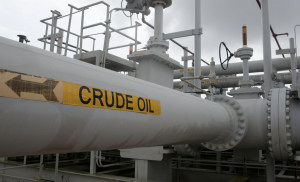 A maze of crude oil pipes and valves is pictured during a tour by the Department of Energy at the Strategic Petroleum Reserve in Freeport, Texas, U.S. June 9, 2016. REUTERS/Richard Carson

Investors sold the May futures contract due to expire on Tuesday in a series of waves. At one point the contract hit negative $40. When the trading stopped, crude oil had ended the day at a negative $37.63 a barrel, a decline of some 305%, or $55.90 a barrel.

For as sudden as the day’s declines were, it was weeks in the making. The coronavirus pandemic cut fuel demand worldwide by roughly 30% beginning in early March, but for several weeks, the supply of oil worldwide has continued to build. Even the recent deal by OPEC and other major oil-producing countries to reduce supply will not be fast enough, nor large enough, to drain the millions of barrels of unneeded crude present in the markets.

That unwanted oil is instead going into storage, but in the United States, storage is filling much more quickly than anticipated. Cushing, Oklahoma, the tiny town of less than 10,000 people that serves as the main U.S. storage hub, was 70% full as of last week, and traders say it will be full within two weeks.

That realization sparked Monday’s sell-off in U.S. futures markets because of the technicalities of the West Texas Intermediate futures contract, which expires on Tuesday. When oil contracts expire, the holder has to take possession of 1,000 barrels of oil for every contract they own, delivered to Cushing.

However, with Cushing filling up, that leaves traders with the unappetizing option of taking oil they do not want, or getting out of those positions. The mad rush for the door means there were few buyers, and the contract dropped from a normal price of $18 on Friday into unprecedented negative territory.

“We saw a total collapse in the market. There was everybody selling it into the hole with no buyers,” said Phil Flynn, senior market analyst at Price Futures Group. “They’re going to have to drive down to a price where someone wants to buy it, and no one wants to buy it.”

For the first few hours of trading on Monday, the May oil futures steadily edged lower, widening the gap between that contract and the June contract, which, while weak, still ended the day at more than $20 a barrel. But with expiration on the way on Tuesday, the selling accelerated in the last two hours, with oil finally hitting negative territory roughly 20 minutes before the close of trading.

Once that level was breached, sellers piled in, sending the contract at one point below negative $40 a barrel before a slight rebound ended what will go down as the worst day since the West Texas Intermediate CLc1 contract was introduced in 1983.

“I’m 55 years old, and I worked on the trading floor in college. I’ve been through the first Gulf War, second Gulf War, World Trade Center, dot-com crisis, and nothing came close to this,” said Bob Yawger, director of energy futures at Mizuho in New York. “It could get worse. This situation that we’re in is that bad.”

Analysts say this type of market dislocations could recur in coming months because fuel supply will outweigh fuel demand for the foreseeable future. Worldwide oil consumption is roughly 100 million barrels a day, but consumption fell by 30% globally, or about 30 million bpd, beginning in early March.

However, it took the Organization of the Petroleum Exporting Countries, Russia and other countries until early April to agree to cut supply by 9.7 million bpd. Other nations, like the United States and Canada, did not mandate cuts from private industry, but those companies are swiftly reducing output.

“Activity is in free-fall in North America and is slowing down internationally,” said Halliburton Co (HAL.N) CEO Jeff Miller, on a company earnings call Monday.

It will nonetheless take months before those cuts fall enough to come in-line with reduced demand – even if world economies rebound somewhat as people recover from the pandemic, which has killed more than 165,000 people worldwide. With storage soon to be completely full in the United States, crude will not have a place to go.

Crude stockpiles at Cushing rose 9% in the week to April 17 to around 61 million barrels, market analysts said, citing a Monday report from Genscape. The hub has capacity for roughly 76 million barrels.

“It’s clear that Cushing is going to fill and it will stay full for the next several months,” said Andy Lipow of Lipow Oil Associates.

Unless production is cut more swiftly, next month could see a repeat of Monday’s frenzied activity with the June contract, which settled at $20.43, or $58 more than the impaired May contract.