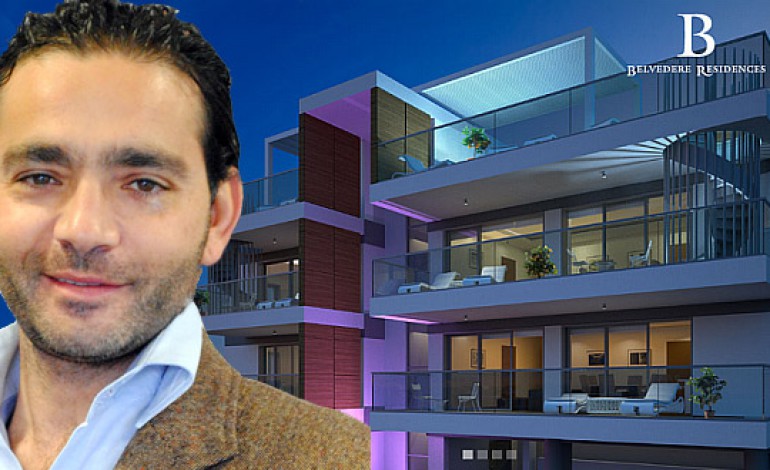 The sanctions imposed on the Russian economy have led to a rise in investment in Cypriot real estate by Russian buyers, says a leading developer.

Instead of keeping their money in the bank, many Russians have decided to invest it in overseas property and combined with rising Middle East and Asian demand, property sales in Cyprus increased 20.1% year-on-year, says award-winning developer, Imperio Properties.

In 2015, although Russian demand may drop back, interest from Asian buyers in Cypriot property is expected to rise further with the market showing an improvement on 2014, says Imperio Director Yiannis Misirlis, who is also Secretary of the Board of Directors of the Cyprus Land & Building Developers Association (LBDA), and a Member of the Board of the Limassol Chamber of Commerce and Industry (LCCI).

“We believe 2015 will not be a typical year; low oil prices are bound to affect our industry, at least indirectly. Needless to say, we are concerned about developments in the Russian market.

“At the moment, we see an interest from investors who are keen to invest in property, as a means of detaching themselves from the Rouble and the problems associated with that currency. However, we are also well aware that the Russian market will inevitably be affected by these developments this year.

“We expect to see a somewhat similar trend, though much milder, among Arab investors, who are likely to be influenced by the prevailing climate – at least psychologically – and might therefore also be less inclined to proceed with new investments. On the other hand, the economies of the Far East, particularly China and India, who import oil, are expected to benefit from the situation. We therefore expect increased demand from Asian buyers and investors.”

Imperio saw an increase in demand and sales during the second half of the year, capitalising on the improving economy in Cyprus.

“Evidently, the stabilization of the banking sector and in particular the recapitalization of the Bank of Cyprus has contributed significantly to this positive development. It is also clear that the government’s immigration schemes have proved to be effective, as their implementation has indeed attracted substantial foreign capital, especially from the Middle and Far East. These are precisely the reasons why Cyprus has seen an increase in sales in real-estate in 2014 by 20.1%, compared to 2013.

“As Imperio’s projects are concentrated in Limassol, we noticed an increase in demand from Russian buyers during the second half of the year. In fact, the international sanctions that were imposed on Russia have had the opposite effect on our market. Rather than keeping deposits in the banks in their country, many Russians have chosen to invest in real estate and acted quickly, in anticipation of even broader sanctions.”

Imperio does not depend on bank support, but finances its own developments. “In fact, it is extremely difficult to obtain any credit facilities at all these days. However, for most companies in our industry, a shortage of customers, not a shortage of credit, constraint employment, and output. And the customers are absent because the pre-crisis credit boom has left them over-leveraged.

“At the same time, British buyers, our traditional customers, never buy property without a loan. For most companies, this poor customer demand, rather than the lack of credit, is ranked well ahead of credit availability as a constraint on growth.

“Under these circumstances, the only means we had to counter low customer demand was the government’s decision to introduce immigration schemes, which proved to be effective. However, as today’s global marketplace is continually evolving, there is always room for improvement. That is why we, at the Cyprus Land and Building Developers Association, are working on additional proposals to further improve these schemes and incentives, which we will submit to the government.”

In the European Union, Imperio expects the growth rate to remain around 1% with interest on deposits also very low, which discourages many investors from making capital deposits, and encourages them to invest in real estate.

In order to attract overseas real estate investments to Cyprus, the country needs to demonstrate a “proportionate degree of respect for prospective investors.”

Imperio has just launched two new residential developments – Belvedere Residences and Elysia Residences – both of which will be carried out in 2015. To market and sell properties to overseas buyers, it has a presence at shows and sales events in three continents and promotes not just its developments but Cyprus as a whole as a favourable destination for investments.

“Of course, there are ways and means to attract foreign investors through incentives – as you can already see from the success of the measures taken by the government. These, in combination with private sector efforts and initiatives, have already delivered tangible results.

“Given the government’s support and our industry’s focus on attracting investments, we expect Cyprus to emerge as a preferred destination among foreign investors in 2015.”

Limassol has not been affected to the same extent as other cities in Cyprus, but its property market still relies on a real economy, which is based on industries such as shipping, services, forex services, and tourism. “Limassol’s significantly upgraded infrastructure, its strong cosmopolitan identity which goes hand in hand with a high standard of living, its intensive business activity, as well as its value as a prime holiday destination are all persuasive factors that investors take into serious consideration when identifying investment opportunities.”