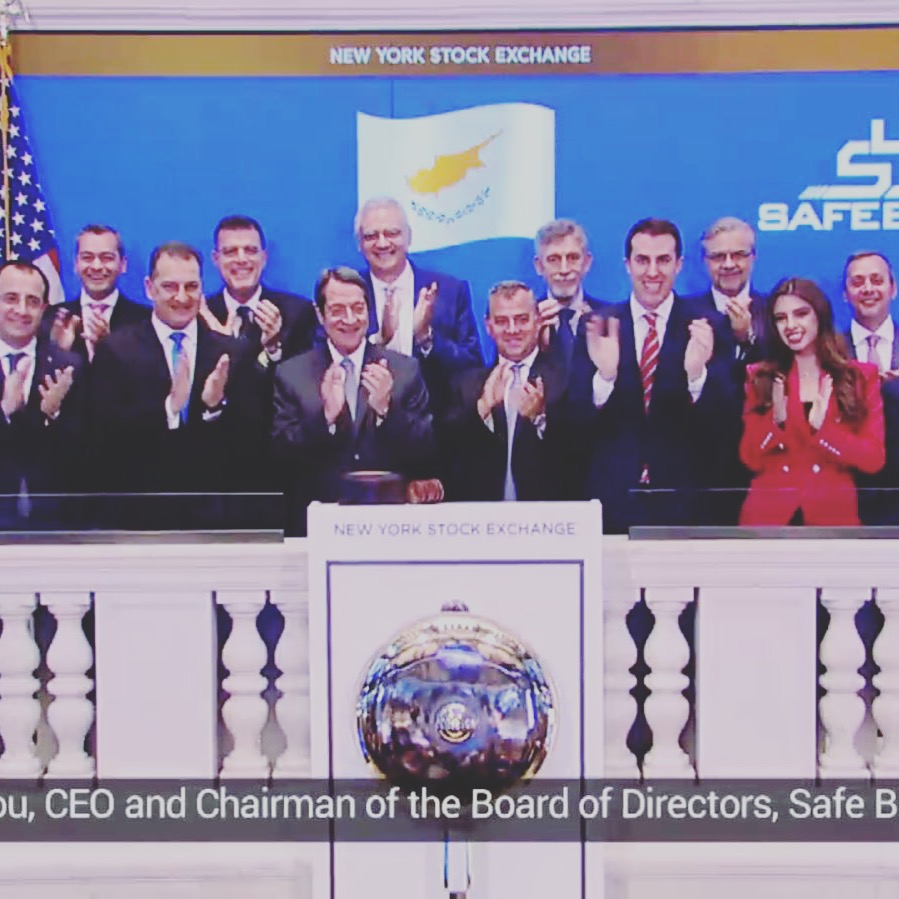 President Nicos Anastasiades rang the closing bell at the New York Stock Exchange yesterday, marking the week-long events in the US city to promote investments in Cyprus, shipping and energy. Accompanying him on the balcony of the Exchange were Polys V. Hajioannou, CEO and Chairman of the Board of Directors, Safe Bulkers, Inc, Transport, Finance and Energy Ministers Marios Demetriades, Harris Georgiades and Yiorgos Lakkotrypis, as well as other officials taking part in the “Capital Link Invest in Cyprus Forum” on Wednesday at the Metropolitan Club in New York City.

As the bell rang for the closing of the day`s trade, President Anastasiades hit the gavel twice, only to see it flying onto traders below. It was not the first time the gavel broke by guests.

On a remark on his Twitter account, President Anastasiades said, “They told me to give it some good hits, so i did @NYSE #ClosingBell”.

The flag of Cyprus was hoisted at the NYSE building on Wall Street and flew together with the American flag. Special commemorative medals were also issued by the NYSE for the occasion, which took place in the context of the “Capital Link Invest in Cyprus Forum” that is taking place today, Wednesday, 22 March, at the Metropolitan Club in New York City where President Anastasiades will be the keynote speaker. 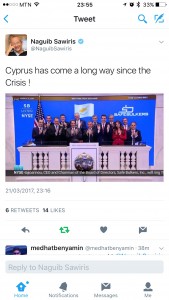